Ethbox is a digital escrow made through smart contracts to assist users to transact in Ether (ETH) in a secure and convenient fashion on the Ethereum blockchain. Users sending funds to mistyped or mistaken recipient addresses have already been the cause for the loss of millions of dollars. The main objective of this platform is to avoid users losing funds to such transactional errors and other such issues.

This is an issue that needs to be addressed now more than ever especially since the rise in retail and institutional adoption of cryptocurrencies has led to an exponential surge in cryptocurrency transfers between various parties. The overall market capitalization of the crypto market recently hit an all-time high of nearly $2.3 trillion dollars, which entails that now billions of dollars exchange hands every day in this market.

Transactional accuracy and privacy are the two main propositions of the ethbox platform. It can be used for both small and large transactions with Ether and any other ERC-20 compliant tokens, which due to the prominence of the Ethereum blockchain amounts to billions of dollars of market capitalization in crypto.

Using the ethbox platform to send funds disrupts the transparently trackable blockchain transactions, thus making the origin and destination of funds impossible to track. In situations requiring complete discretion, for a small service fee the platform offers the option of wrapping transactions with an additional layer of privacy. When users opt for this feature, the addresses of the sender and the recipient are locally encrypted on the user’s own personal devices. As the addresses are not saved on chain or transmitted to the internet, the users can remain completely anonymous to each other. It would be a monumental effort, if at all possible, to reconstruct the transaction between ethbox users on the blockchain so as to track their details.

ethbox also serves the purpose of trading and swapping Ether and other token compliant with the ERC-20 standard. Using a single transaction, users can both send and receive funds using the smart contract that ensures that the transaction is only executed when the sender and recipient have both fulfilled their conditions of the contract. It essentially also behaves as an over the counter (OTC) platform which is immune to counterparty risks caused by various forms of scams and frauds. The smart contract ensures a fair, acceptable, mutually beneficial exchange for all parties involved in the transaction.

It’s often noticed that in the cryptocurrency markets, prominent projects often interact and collaborate with various other projects to improve functionality of the product and increase user adoption by offering a wider product suite to the user.

In another such instance, ethbox has partnered with DuckDAO’s community led crowdfunding platform called DuckStarter to utilize the platform for the launch of it’s token sale. The other products that have collaborated with the DuckStarter platform for their token sale are Polkfoundry, Balancer Labs, Leprechaun, Beyond Finance, Collateral DeFi, etc. The community of the DuckDAO protocol participate in the crowdfunding, they are fondly known as “Ducks” in the cryptocurrency community.

The platform has received nearly a million dollars in funding beyond the DuckDAO community as well, including early investments from firms like KVestor,  Boxmining, Nabais, VYSYN, and More. The public sale of the EBOX token took place via DuckStarter on March 25. A total of 1.625 million EBOX tokens were offered at the price of $0.055 per token. There were 250 wallets whitelisted every 5 minutes during the sale. Over 2,100 wallets were registered with the platform before the sale.

For the pre-existing members of the DuckDAO community, the tokens were offered at a special discount. Holders having at least 1000 DUCK tokens could save 20% in service charges while holders having at least 200,000 DUCK tokens receive a discount of 25% in service charges on the platform, to incentivize participation in the public token sale. After the sale in a intital DEX offering (IDO), the token was listed on the decentralized exchange Uniswap so it could be traded in the secondary market.

Brains Behind this Innovation

ethbox is founded by a trio, namely, Lukas Schiefer, Lukas Pratschner, and Paul Simode, who all know each other for over 15 years before joining forces to ideate ethbox.

Lukas Schiefer has immense experience as the community manager for various crypto platforms, he has been a crusader for the cryptocurrency markets at large for a very long time now. He is a graduate of the Technical University of Vienna.

Lukas Pratschner is a cryptocurrency researcher and an experienced investor who has participated in the markets for a large part of its history. Before delving into the crypto sphere, he has worked in diverse domains like chemical process engineering, laboratory technology, audition, inspection, and certification.

Paul Simode is a proficient designer and coder who is the backbone of all the technology involving the ethbox platform, including its main smart contract that helps digital escrow transactions. His interest in technology stems from his childhood where he learnt C/C++ and Assembly languages during his initial foray into cybersecurity. 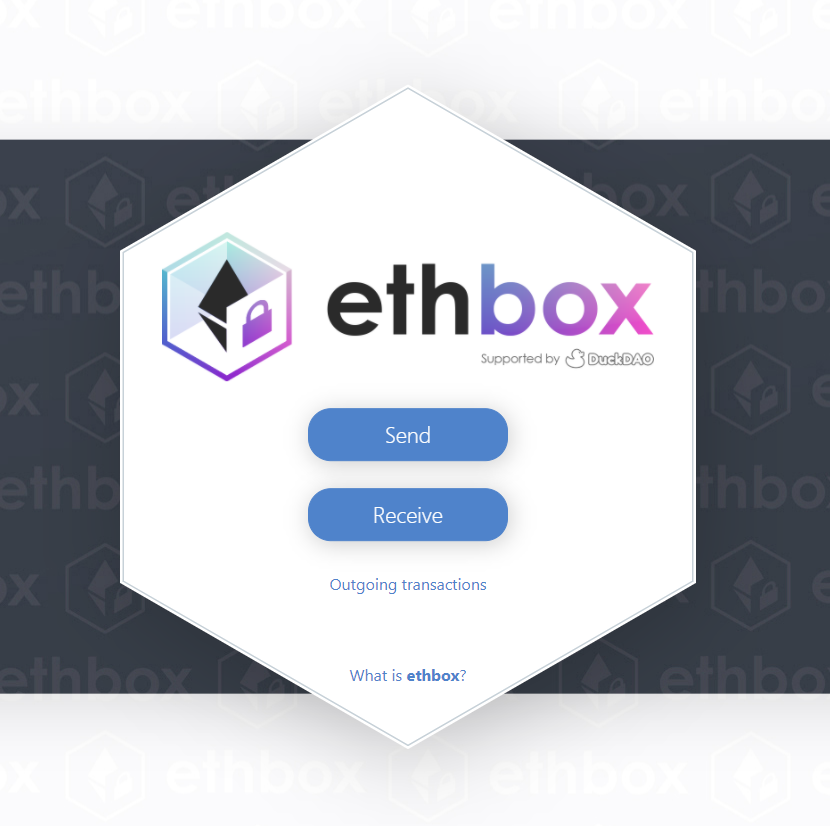 EBOX acts as a governance token for the platform. Apart from it’s function as a protocol governance token, EBOX is a deflationary token that is also used to pay fees on the platform and as an additional reward to EBOX holders who participate in staking. The token can be staked for 10 days minimum for the holder to be eligible for rewards, get voting rights and even having lower network charges. A total of 18% of all EBOX tokens will be reserved to staking.

The maximum supply of EBOX tokens is capped at 65 million tokens. According to the tokenomics of the platform, out of this 65 million tokens, 35% of the tokens are allocated to token sales, 16% to marketing purposes, 2% to marketing bonuses, bounties and airdrops, 2% to liquidity pool (LP) providers, 2% for the referral system, 3% for advisors of the protocol, 12% for the team itself, 10% is reserved as a backup and 4% to provide liquidity to the asset.

There will be no fee on transactions of EBOX of any other cryptocurrencies if the transaction is worth less than $300. A part of the revenue (25%) collected from service fees will also be utilized for the buyback and burn of EBOX, thus creating a deflationary token ecosystem which supports the rising value of the circulating token supply. Another 25% would go towards marketing, another 25% as a payout to token holders and the remaining 25% would be retained as profit. ethbox is audited by Certik.

A Push to Financial Inclusion

Although, there are projects like TrustSwap and Tornado Cash that offer some of the similar services as ethbox provides, there is none that does it in a way that offers such ease of use to the user owing to the unique smart contract design that allows the platform to be a digital escrow service at its core.

It is essentially a consumer friendly platform which ends the risk in loss of funds in crypto transactions which is often a key obstacle to wider crypto adoption. It allows both retail and institutional consumers to access the over the counter (OTC) without any risks attached to it or there being any know your customer (KYC) requirements which users of the platform would need to fulfill. Once centralised exchanges have adopted this platform and it’s token it will enhance the security and privacy of the users.

With such a unique set of value propositions, it is highly likely that there will be widespread  adoption of this platform to secure and ensure complete privacy for Ether and other EROC-20 transactions. As the platform expands to include other cryptocurrencies into its platform, it aims to make the cryptosphere any easy place to navigate to newbie and experienced investors alike.

Market Cap
24h Vol
41.9%
Bitcoin Share
252
Today News
Read the Disclaimer : All content provided herein our website, hyperlinked sites, associated applications, forums, blogs, social media accounts and other platforms (“Site”) is for your general information only, procured from third party sources. We make no warranties of any kind in relation to our content, including but not limited to accuracy and updatedness. No part of the content that we provide constitutes financial advice, legal advice or any other form of advice meant for your specific reliance for any purpose. Any use or reliance on our content is solely at your own risk and discretion. You should conduct your own research, review, analyse and verify our content before relying on them. Trading is a highly risky activity that can lead to major losses, please therefore consult your financial advisor before making any decision. No content on our Site is meant to be a solicitation or offer