Paris, 06 January 2022: Team Vitality and Tezos, the world’s most advanced blockchain, are pleased to reveal a landmark technical partnership that will revolutionize the Team Vitality fan experience. Through the biggest partnership in Team Vitality history, the brands will unite to give the organization’s community world-first ways to engage with its star players, made possible by the pioneering and energy efficient open-source Tezos blockchain. 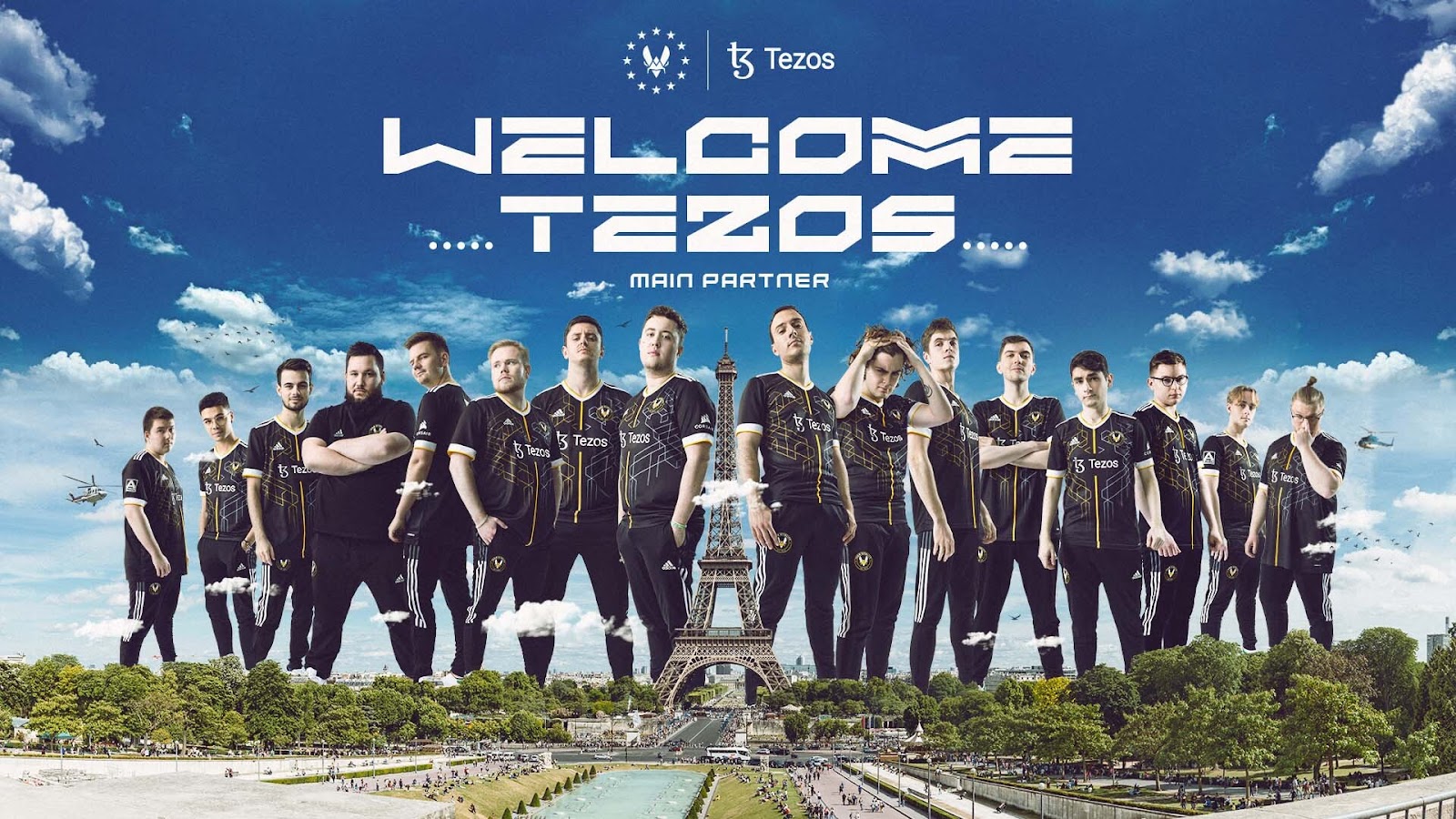 Championed across the world’s biggest games and on the biggest stages in esports, Tezos will be represented by top-performing Team Vitality rosters and star athletes and through unrivaled brand visibility across the esports ecosystem. 2022 is set to usher in a new era for Team Vitality following its commitment to the largest talent investment ever made in esports.

Spanning 2022, 2023, and 2024, this partnership, one of the biggest in European esports history, will bring Team Vitality closer to its fans than ever before, give the community unprecedented access to their favourite teams, and reward them for their support. Team Vitality will collaborate with the Tezos ecosystem on educating fans on the benefits of blockchain as part of the gaming experience and showcase the advancements of these technologies. Esports and gaming fans are some of the most tech savvy and engaged communities and through the Tezos blockchain, Team Vitality will show clearly the huge benefits of the blockchain technology and the importance of using and developing it responsibly to create an engaging fan-centric experience.

Tezos is the world’s most advanced and energy efficient blockchain, using proof of stake technology which has a significantly lower impact on the environment than proof of work technology, used by other market-leaders. The ground-breaking partnership will aim to engage the esports and gaming communities with blockchain and promote the sustainable development and use of the technologies.

“This is truly a game changing partnership for Vitality, which feels appropriate given 2022 is set to be the biggest year in our history. The opportunities Tezos can bring to strengthen the relationship between us and our fans is incredibly exciting, and we’re immensely proud to have Tezos join us on this journey.” said Nicolas Maurer, CEO, Team Vitality.

"This is a significant step forward for Europe's leading esports team as the blockchain and gaming industries continue to build a fan and player-centric future for esports. The decision from Team Vitality to choose the energy-efficient Tezos blockchain as a technical partner is another signal to the established and growing gaming vertical that low gas fees, forkless upgradability, and ease-of-use are the key factors driving the next wave of adoption for blockchain technologies. I'm thrilled to see Team Vitality join the Tezos community." - Mason Edwards, Chief of Staff, Tezos Foundation

A global esports organisation, Team Vitality is dedicated to the development of excellence and forging a new generation of esports athletes. Home to the world’s best players competing across eight games, Team Vitality intends to dominate the European competition and to become a serious contender for the most prestigious global tournaments.  A worldwide recognised lifestyle and entertainment brand, Team Vitality and its athletes have over 13 million followers across social media and carry industry leading partners including adidas and Tezos.

Founded in 2013 by Nicolas Maurer and Fabien Devide, Team Vitality is headquartered in the heart of Paris in V.Hive, their state-of-the-art public esports complex, and its players train in V.Performance, a cutting edge facility in the iconic Stade de France. Team Vitality continues to expand beyond France and has athletes and coaching staff of 16 different nationalities.

Tezos is smart money, redefining what it means to hold and exchange value in a digitally connected world. A self-upgradable and energy-efficient Proof of Stake blockchain with a proven track record, Tezos seamlessly adopts tomorrow's innovations without network disruptions today. For more information, please visit www.tezos.com.

Market Cap
24h Vol
41.8%
Bitcoin Share
0
Today News
Read the Disclaimer : All content provided herein our website, hyperlinked sites, associated applications, forums, blogs, social media accounts and other platforms (“Site”) is for your general information only, procured from third party sources. We make no warranties of any kind in relation to our content, including but not limited to accuracy and updatedness. No part of the content that we provide constitutes financial advice, legal advice or any other form of advice meant for your specific reliance for any purpose. Any use or reliance on our content is solely at your own risk and discretion. You should conduct your own research, review, analyse and verify our content before relying on them. Trading is a highly risky activity that can lead to major losses, please therefore consult your financial advisor before making any decision. No content on our Site is meant to be a solicitation or offer