Why The Ethereum Virtual Machine (EVM) is The Decentralized Gold Standard Ever since the rise of the Ethereum Virtual Machine (EVM), projects have given rise to new communities that use smart contracts to execute code. Blockchains and distributed ledgers now have more utility than the storage and utility of value.

Decentralized Applications (or D'Apps) have complete functionality within and around the web3 space. D'Apps provide many benefits and functionalities of Distributed Ledger Technologies (DLTs) and blockchains to many industries.

They range from decentralized finance (DeFi) to identity management and even real estate. All of this would not have been possible without the rapid rise and usage of the Ethereum Virtual Machine (EVM).

Projects now exist in many niches. The easiest way to fulfill such use-case scenarios is to deploy one version or the other of the Ethereum Virtual Machine (EVM) to native distributed ledgers and blockchains.

It has also shown the world the power of open source technology.

Why Not Deploy Projects on The Native Ethereum Blockchain Alone?

Many projects have their peculiarities, and the native Ethereum blockchain may not cater to project utility, and that defeats the aim of ensuring the adoption of web3 technologies.

Innovation is the rule of the web3 ecosystem, which is the best way to ensure innovation is to allow new ideas via code.

Here are a few projects running one form of the Ethereum Virtual Machine or the other as a proof-of-concept of this utility and innovation.

The Telos blockchain is known for its dual-purpose use-case of both the EOSIO and the EVM.  However, in terms of popularity, its deployment of Go Ethereum has proven to be one of the most successful implementations of the EVM to date.

With impressive abilities for adaptation and a rising developer community, the Telos EVM is a fast-rising ecosystem that will take its place within the web3 community.

Qtum, a Bitcoin fork, has included Janus, which is an implementation of the Ethereum Virtual Machine (EVM). By being a part of the Unspent Transaction Output (UTXO) family of blockchains, Qtum provides the best of both worlds to developers willing to deploy on the Qtum blockchain.

The blockchain is also proof of the innovation present within the web3 space. Having Bitcoin's security and EVM's utility provides developers more than enough reason to port their projects to Qtum.

The Avalanche blockchain is one of the new kids on the block that has had everyone wondering if the next competitor to Ethereum is finally here. Avalanche provides security and stability by having three sub-chains under its hood.

The great thing about using Avalanches' C-chain is that there is no need for changing tools, as Ethereum compatibility works fine. Avalanche is one project that will do well in the decentralized space as more developers move to the web3 industry.

The Binance Smart Chain (BSC) is a Proof-of-Stake (PoS) blockchain that natively runs the EVM. BSC projects have done remarkably well with the backing of one of the world's biggest cryptocurrency changes by volume and a community that remains passionately committed to keeping the BSC at par with its peers within the web3 industry.

What Value Does the EVM Bring to Projects?

Like every other standard within the web3 space, EVM compatibility allows developers to work from a singular commonality. The emergence of Solidity as a programming language of choice for Smart Contracts provides projects a resource pool for talents, libraries, and other concepts that may be useful in code execution.

Coupled with the support of the open-source community, the EVM models provide the interactions and support needed for projects to move forward in an ever-changing industry.

In the future, as web3 evolves, the industry would most likely see other iterations of virtual machines, but none would have had the impact that the EVM has had within the web3 industry. 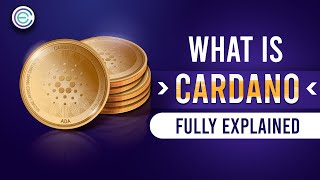 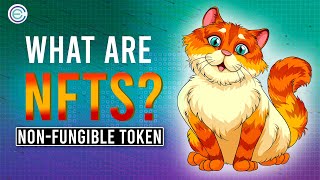