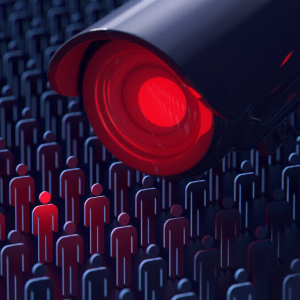 By CCN.com: In modern times, China has worked to consolidate state power over individuals. Local authorities are trialing systems to control peoples’ social standing, access to jobs, and even where they can go. Until now, one refuge for its citizens has been in the wooliness of time; not even the all-powerful Communist party can always measure where people go, when, and what they do. But, with a state-mandated blockchain, this could begin to change. Those inside China will be aware of the fate that awaits Bitcoin and other major cryptocurrencies; these will not survive if the state is unable to The post Chinese Authorities Probably Want to Exploit Blockchain to Secretly Monitor Citizens appeared first on CCN

Market Cap
24h Vol
66.09%
Bitcoin Share
35
Today News
Read the Disclaimer : All content provided herein our website, hyperlinked sites, associated applications, forums, blogs, social media accounts and other platforms (“Site”) is for your general information only, procured from third party sources. We make no warranties of any kind in relation to our content, including but not limited to accuracy and updatedness. No part of the content that we provide constitutes financial advice, legal advice or any other form of advice meant for your specific reliance for any purpose. Any use or reliance on our content is solely at your own risk and discretion. You should conduct your own research, review, analyse and verify our content before relying on them. Trading is a highly risky activity that can lead to major losses, please therefore consult your financial advisor before making any decision. No content on our Site is meant to be a solicitation or offer